Gulder Ultimate Search Partners DStv for Season 12. Here’s All You Need To Know 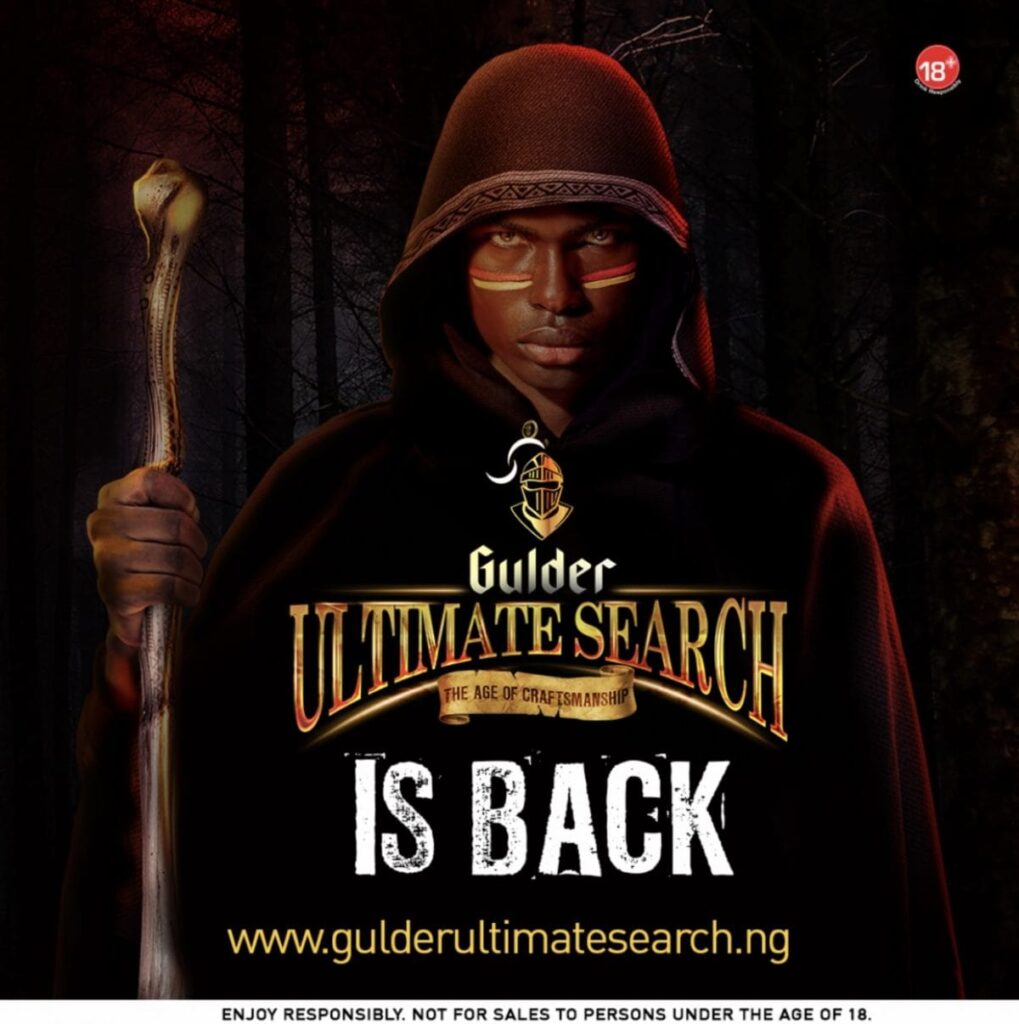 Despite the long hiatus of Gulder Ultimate Search, the show remains popular among young Nigerians and millions of Africans, entries for the 12th season of the survival reality show, which organisers say was approximately 20,000, is another confirmation.

To spread the acceptability and appeal of the show across Africa, GUS organisers, Nigerian Breweries Plc, has announced a partnership with Africa’s leading entertainment company, MultiChoice Nigeria, for the broadcast of the reality series as it makes a come back with season 12, “The Age of Craftsmanship.”
Fans and viewers will enjoy the action and thrills of Gulder Ultimate Search From Saturday, October 16, to Sunday, December 19, 2021.

The Marketing Director, Nigerian Breweries Plc, Emmanuel Oriakhi, who announced the partnership, said, “Nigerian Breweries and MultiChoice Nigeria are iconic brands that celebrate the youthful, resilient spirit of Nigerians. Gulder Ultimate Search, GUS has been the most anticipated survival reality TV show on the continent, and so we’re very excited that Season 12 of this great show will be airing on Dstv and GoTV.”

“To ensure that we deliver the best local content and retain our customers, we continue to push the envelope and embrace partnerships with content producers that share the same goal. We remain committed to delivering quality and entertaining locally produced content on our DStv and GOtv platforms, and with GUS, viewers can expect the same stellar production qualities that we are renowned for”, she said.

What day and time will the show air?
GUS will air twice a week on Africa Magic Showcase (DStv channel 151), Africa Magic Urban (DStv channel 153) and Africa Magic Family (DStv channel 154 &GOtv channel 2) on Saturdays and Sundays from 8 pm till 9 pm.
Why it is such a big deal?
In case you don’t know, what this means is that you’ll be able to watch your favourite survival show on the go! The show promoters also confirm that the show will have weekly episode recaps and special commentary editions on Thursdays.

In its 11-season run, the show discovered several talents who became stars in Nigeria’s entertainment industry. Some of the past winners – Kunle Remi (winner of the 2010 edition), Dennis Okike (Season 8) and Chris Okagbue(Season 10) have gone on to build successful careers in Nollywood.