In 1993, the Company acquired its fifth brewery in Enugu and in 2003, a sixth brewery (Ama Brewery), sited at Amaeke Ngwo in Enugu State was commissioned. Operations in the old Enugu Brewery were discontinued in 2004 following the completion of Ama Brewery. An ultra­modern malting plant was acquired in Aba in 2008.

In October 2011, the Company acquired majority equity interests in two companies, Sona Systems Associates Business Management Limited (“Sona Systems”), with two breweries in Ota and Kudenda, Kaduna, and Life Breweries Company Limited (“Life Breweries”) with a brewery in Onitsha. Another malting plant (located in the Kudenda, Kaduna Brewery) was acquired as part of the Sona Systems acquisition. Sona Systems and Life Breweries were merged with the Company in the middle of 2012. At the end of 2014, an enlarged Nigerian Breweries Plc emerged from a merger with Consolidated Breweries Plc. Three breweries at lmagbon, near ljebu-Ode, Awo-Omamma, near Owerri and Makurdi were added to the existing eight breweries as a result of the merger. The Onitsha and Makurdi locations were subsequently developed into Distribution Centres.

Thus, from a humble beginning in 1946,the Company now has nine fully operational breweries from which its high quality products are produced and distributed to all parts of Nigeria, in addition to the two malting plants in Aba and Kaduna. It also has Sales Offices and Distribution Centres across the country.

Nigerian Breweries Plc has a rich portfolio of high quality brands: Star lager beer was launched in 1949, followed by Guider lager beer in 1970. Maltina, the nourishing malt drink, was introduced in 1976, followed by legend Extra Stout in 1992 and another malt drink, Amstel Malta in 1994. Heineken lager beer was re-launched into the Nigerian market in 1998. Fayrouz, the premium non­ alcoholic soft drink, was launched in 2006 while Climax herbal energy drink was launched in 2010. Following the acquisition of Sona Systems and Life Breweries in 2011, Goldberg lager, Malta Gold malt drink and life Continental lager, were added to the brand portfolio. The Company increased its portfolio of brands in 2014 with the addition of two line extensions of the Star brand- Star lite and Star Radler. Also in 2014, as a result of the merger with Consolidated Breweries Plc, “33” Export lager beer, Williams dark ale, Turbo King dark ale, More lager beer and a malt drink, Hi Malt, became part of the Company’s product offering. The Ace brand in the Ready-to-Drink (RtD) category was launched in 2015 while Tiger lager beer, an international premium brand was added to the portfolio of brands in 2018.

The Company has an export business which dates back to 1986. The current export destinations are the United Kingdom, The Netherlands, United States of America, Canada, some parts of Africa and parts of the Middle East and Asia.

As a major brewing company, Nigerian Breweries Plc encourages, and continues to play major roles in, the establishment of ancillary businesses. These include manufacturers of bottles, cans, crown corks, labels, cartons and plastic crates as well as service providers including those in the hospitality sector, distribution, transport, event management, advertising and marketing communication.

The Company was listed on the floor of The Nigerian Stock Exchange (NSE) in 1973.As at 31″t December, 2019, it had a market capitalisation of approximately N 472 billion, making it one of the largest companies in Nigeria by market capitalisation. It has received several awards in the capital market including, The NSE President’s Merit Award in the Brewery Sector, The NSE Quoted Company of the Year Award, The NSE CEO’s Distinguished Award for Compliance and The NSE CEO’s award as the Most Compliant Listed Company on The Nigerian Stock Exchange. In 2019, the Company was a recipient of the Institute of Chartered Secretaries and Administrators (ICSAN) Award for Excellence in Corporate Governance (Corporate Category) as well as the Institute of Directors’ Nigeria Corporate Governance Award, 2019. These awards are a reflection of the Company’s continued commitment to excellence in corporate governance matters.

Nigerian Breweries is also a recipient of several awards and recognitions in other areas of its operations including product quality, marketing excellence, productivity and innovation, health and safety, corporate social responsibility and sustainability.

Our pledge is to brew a better world from Barley to Bar, both nationally and within our local communities. We recognize that we cannot do this alone, so we partner with others with aligned interests to achieve shared goals, protect the environment, support local communities, scale our positive contribution and limit our negative impacts. We have chosen to focus on the following seven UN SDGs out of the set specific targets for 2030 that best align with our mission...
Follow our Progress 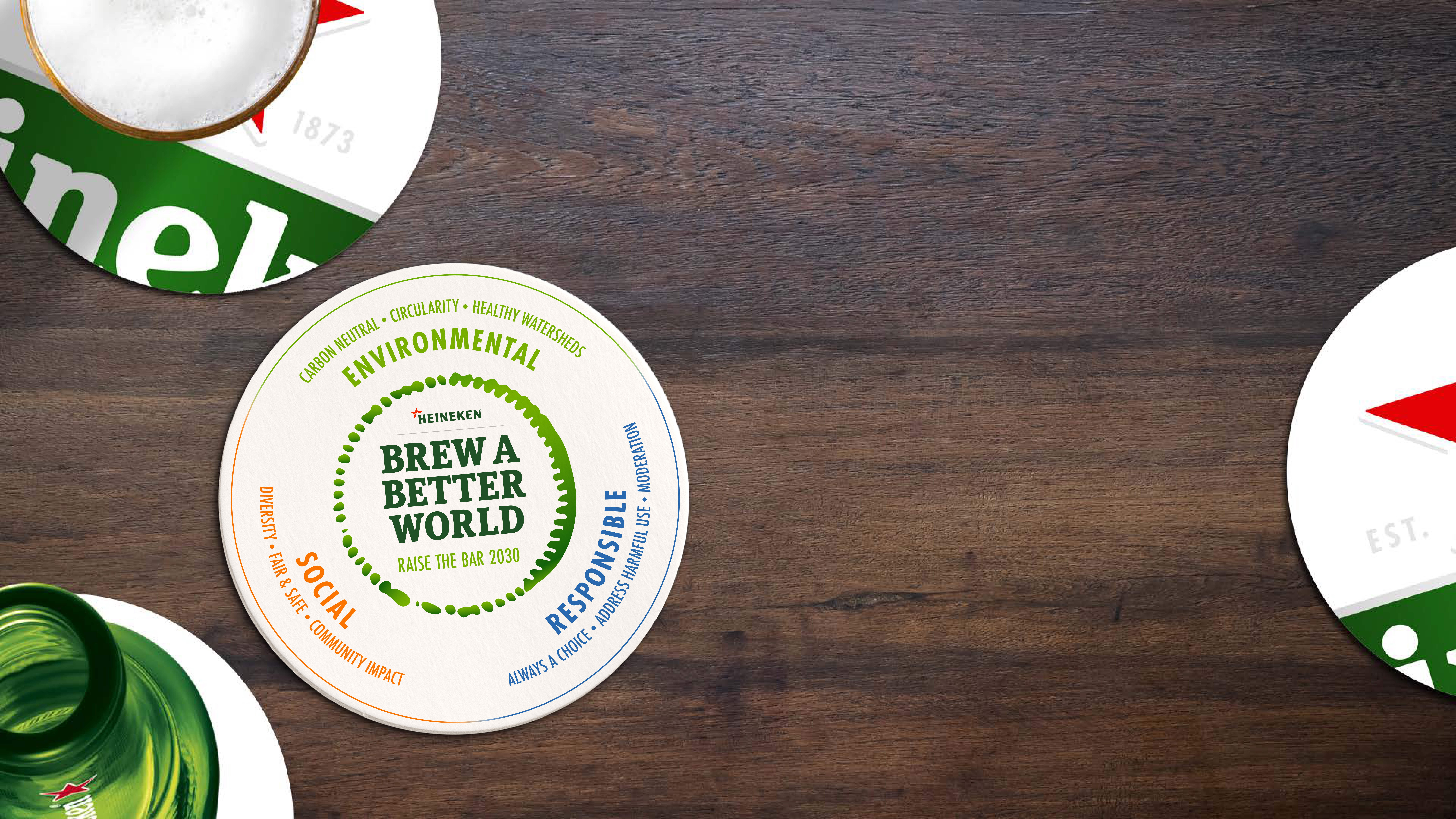 Our Purpose and Values

We launched the EverGreen 2025, a bold and exciting strategy with a dream to shape the future of beer & beyond to win the hearts of consumers and the ambition to deliver superior and balanced growth for our business.
VIEW OUR STRATEGY

We are building a human resource base of leaders who have the drive to succeed so we can leverage their competence and creativity to create quality products and business processes that help our customers operate more effectively. Opportunities for career advancement abound in our locations in Nigeria and also internationally.

We rely on our regional strengths to remain the leading brewer in Nigeria. From the West to the South and to the North and the East, we continue to expand our footprint and commit to long term sustainability, innovation, and responsibility.

We are one of the largest companies in Nigeria by market capitalization.
Learn more

With a rich portfolio, brewed by experts and loved by all, we are brewers at heart. Since the introduction of our flagship brand and the Nation’s Number 1 Beer: Star Lager Beer in 1949, we have expanded our Lager portfolio and introduced an unmatched range of Non-Alcoholic, Stout and Spirit Drinks. Over 21 brands enjoyed locally and globally, we are customer centric and dedicated to diverse products that cater to our growing consumer expectations.

See all our brands