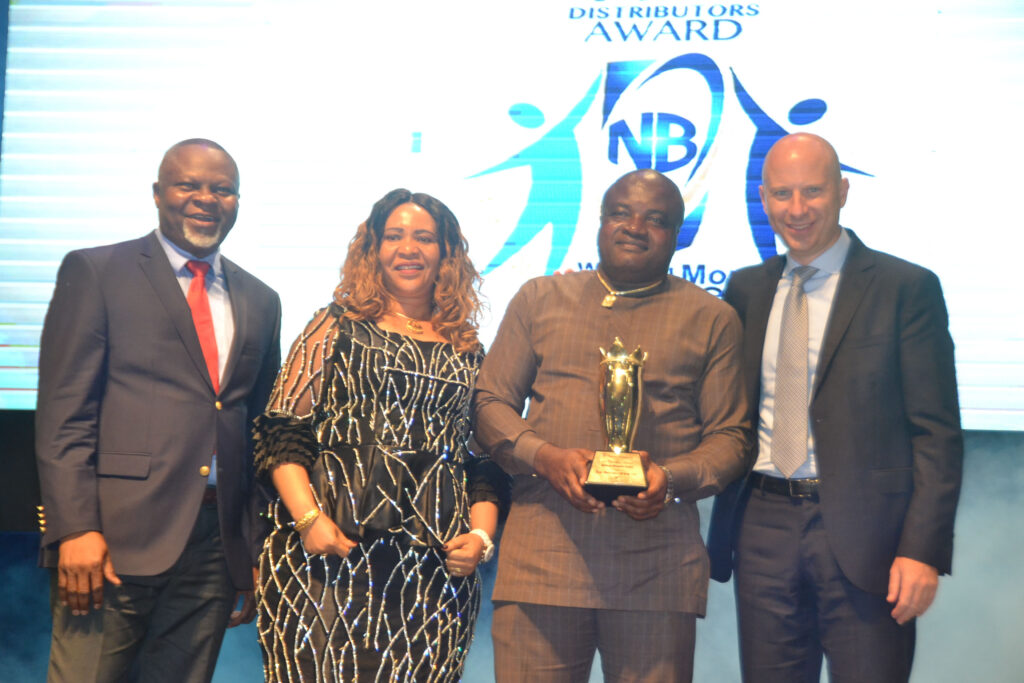 After a fulfilling business relationship in 2017, brewing giant, Nigerian Breweries Plc in an award ceremony last Friday in Lagos, celebrated its distributors and trade partners who excelled in the course of their business partnerships with the company in the last year. It also promised more exciting years ahead for consumers of its products all over the country.

Mr. Uche Unigwe, the company’s Sale Director explained that the theme of this year’s award: “Winning More Together”, was conceived to recognize and reward the excellent performance of the company’s distributors and transporters for the year 2017.

He added that despite the challenges in the operating environment, the company did well and achieved many milestones that called for celebration. Unigwe described the partners as “super stars of Nigerian Breweries who constitute the important segment in the route to the market”. While saluting them for their excellent contribution to the company’s success, he emphasized that the partners are the best in the industry.

In his remarks, the Managing Director of Nigerian Breweries Plc, Mr. Jordi Borrut Bel lauded the partners for the long years of support and affirmed that the company looks forward to a more rewarding relationship with them in the years ahead

He also thanked the distributors for the value added to the business last year, while also restating the commitment and sustained support of the company in the years ahead despite the continuing challenges.

“As partners for progress, we need you now more than ever before to win. The environment is more intense and the competitive landscape continues to change. This are challenging times in the market”, he noted.

He stated that the strategy to forge ahead and win is to shift focus to “our boss”, which is the consumer. “In the years ahead, we will excites the consumers more and make them happy. We should work together to woo the consumers,” he said.

Mr. Kenneth Maduakor, Chairman of Ken Maduakor Group thanked the company for the gesture and advised that the momentum be sustained to stay on top.

Nigeria Breweries Plc, the pioneer and largest brewing company in Nigeria was incorporated in 1946 and recorded a landmark when the first bottle of Star Lager beer rolled off the bottling lines in its Lagos Brewery in June 1949.